As one of the largest DNA labs in the world, we provide accredited relationship and forensic DNA testing with notarized results that are accepted in Thailand and abroad.

Paternity Testing Corporation (PTC) Laboratories is a family-owned and -operated DNA and forensics laboratory and proudly one of the world’s largest AABB-accredited facilities. Since 1996, we have built an honest reputation as being one of the most accredited and trusted DNA laboratories in the world, and our team has worked closely with governments, hospitals, lawyers, immigration departments, the legal justice system, law enforcement agencies, forensic crime units, NGOs, and of course, the general public.

The team at Paternity Testing Corporation (PTC Laboratories) comprises the most experienced geneticists in their field, and, being a family-run laboratory, have a long history of working together to service individual clients and large organizations with excellence. The company’s founders both worked on the Human Genome Project, and our Medical Director has been the Genetics Consultant to the State of Missouri for more than 25 years. She is also the former Director of the Division of Medical Genetics for the MU School of Medicine. Each member of our team has a minimum of 15 years experience in their field.

Our team has been called upon to give expert testimony in criminal and civil court cases, and has given DNA advice and consultancy to the media on various occasions. The scientific team at PTC has also worked on disaster-relief missions for mass identification of disaster victims, such as of the 2005 Hurricane Katrina in the USA. 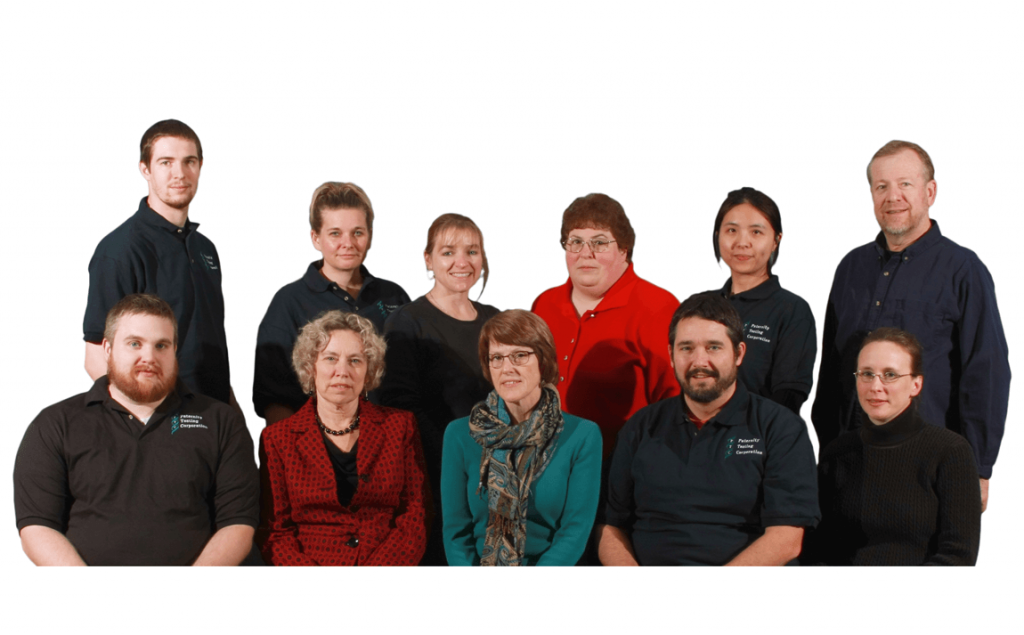 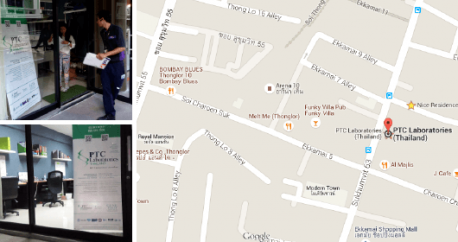 PTC Laboratories (Thailand) has a dedicated customer support office in Bangkok,
as well as a network of trained Collection Centers in major Thailand regions,
as well as around the world. Here, your DNA sample can be collected to meet
Chain-of-Custody requirements of legal tests. Need to find a collection center?
Get in touch with us anytime. 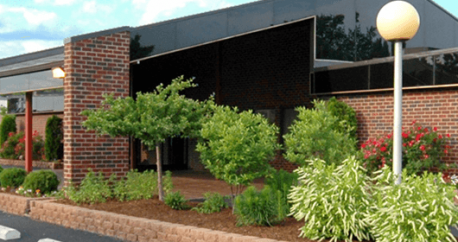 With thousands of DNA sample collection centers around the world,
our lab – based in Missouri, USA – tests more than 50,000 people every year,
with capacity of almost 150,000. We offer all relationship DNA testing services,
as well prenatal paternity testing options and forensic testing. Some of the most
important accreditations that we maintain annually are AABB, ISO17025, FQSI,
FBI-QAS, ASCLD/LAB, NYDOH and CLIA 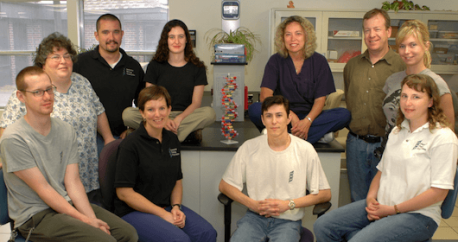 Our laboratory is family-run and -operated, working with a team of highly skilled
and experienced scientists. Various members of our team have been called upon
for disaster-relief missions for mass identification of disaster victims, such as of
the 2014 Air Asia Indonesia QZ8501 crash, the 2011 Japanese Tsunami and 2005’s
Hurricane Katrina in the USA. Get to know our core laboratory team here.

Awarded STTR (Small Business Technology Transfer) research grant, in collaboration with the University of Missouri on genetic screening research, by the US Department of Health and Human Services’ NIH (National Institutes of Health) agency.

Awarded a Forensic Science Research and Development Award for ‘Automated Processing of Sexual Assault Cases Using Selective Degradation’ for the development of a new method of differential extraction (ERASE), by the National Institute of Justice’s (NIJ).

Awarded a Forensic Science Research and Development Award for ‘Detection and Quantitation of Spermatozoa’ for the development of a new method of differential extraction (ERASE).

Awarded Export Achievement Certificate for accomplishments in the global marketplace, by US Department of Commerce.

Member of American Society of Crime Laboratory Directors (ASCLD) Laboratory Accreditation Board.
Participant in the College of American Pathologists’ (CAP) DNA database building. CAP maintains DNA database populations, to ensure the widest scope of comparable DNA samples is available.
Utilised by the Federal Bureau of Investigation (FBI), the Criminal Justice System, and Law Enforcement Agencies, particularly in Rape and Murder cases.
Assistance in the mass identification of victims in the 2014 Air Asia Indonesia QZ8501 crash.
Assistance in the mass identification of victims the 2011 Japanese Tsunami.
Assistance in the mass identification of victims the 2005 Hurricane Katrina in the USA.
One of PTC’s founders, laboratory Vice President Michelle Beckwith, is the Relationship Consultant on the board of forensic DNA management and mass fatality consulting organisation, SNA International.
Laboratory Vice President, Michelle Beckwith, is a key contributor to the Guidelines for Mass Fatality Identification Operations, manual adopted by almost all rescue teams, including the Red Cross.
Various US State contracts for the Department of Child Support Enforcement and Family Services.
Collaboration with many forensic and university labs on smaller projects, including providing support services to the Tech Museum at the Stanford School of Medicine.

Geneticist: 99.99 percent chance Stovall is both father, grandfather to child, The Topeka Capital-Journal.

Ricky J. Stovall Incest Rape Case
This case involved the sexual assault and eventual pregnancy of Stovall’s then-teenage daughter, who went on to give birth to a baby girl. Paternity Testing Corporation was engaged to conduct genetic testing, and found a 99.99% probability of Stovall being both father and grandfather to the baby girl, with a 10,018,010:1 likelihood that Stovall was the father of the baby rather than some other man. Read about it in the news.

Jimmy Eacker Murder Trial
This case included an evidentiary hearing to decide whether the prosecution criminally withheld evidence. The defense was attempting to get Eacker a new trial or have his conviction dropped. Samples of the vaginal swab were sent to Paternity Testing Corporation by request of the Alaska Police Department to assist in this case. Read about it in the news.

Johnny Briscoe Murder Case
This was a wrongful conviction, and framed case for murder by an acquaintance. Paternity Testing Corporation processed the DNA samples from cigarettes that were overlooked by the St Louis Police Department’s crime lab, to exonerate him. Read about it in the news.

Arbie Dean Williams Murder Case
This is the investigation into the death of 15-year-old Linda Strait in 1982. At the time, DNA testing was not available. In 1998, prosecutors sent the DNA-laced pillowcase to Paternity Testing Corporation. We were able to obtain a partial DNA profile from the pillowcase, which led prosecutors to a suspect, who was already incarcerated for another crime. Read about it in the news.

Anthony Woods Rape Case
This is a wrongful conviction case. Woods refused to admit wrongdoing, causing him to spend 18 years in prison, even though he would have been released earlier if he admitted to the crime. In 2005, Paternity Testing Corporation obtained a partial profile from the derogated sample from this case, exonerating Woods. Woods’ conviction has since been overturned. Read about it in the news.