DECIDING ON A PATERNITY LABORATORY 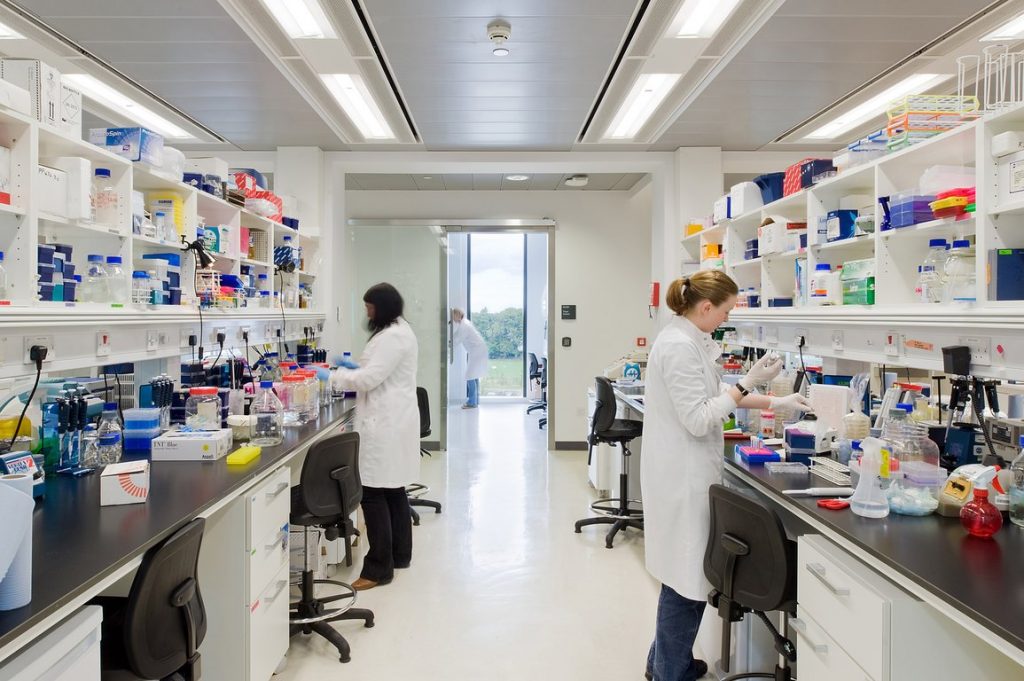 When you first decide to obtain a DNA test, the number of laboratories and re-sellers can be overwhelming. Also, as everyone knows, the internet is full of dishonest web sites, that look like legitimate businesses, but are just out to take your money. Some will even give you a fake paternity test, and some will provide totally unreliable and often incorrect testing. It is more of a problem in this industry because people don’t know what to expect, or how paternity testing is supposed to work, and they have no way to judge the quality of the paternity test that they receive. Don’t rely on what they say. Verify that they are legitimate.

If their web site does not show their physical street address and a direct telephone number, you should move on. Also, if they will not tell you exactly which AABB accredited DNA testing laboratory they use, you can not trust them. But, what then?

Fortunately, if you are armed with just a little bit of information you will be able to easily eliminate the worst choices with a few questions. Because these questions are very specific, you may get honest answers to them, even from less reputable operations (but you may want to take notes, including the individual’s name). You can also independently verify things like AABB accreditation.

To help protect yourself from dishonest companies, and to obtain reliable DNA testing, start by making a short toll-free telephone call to the businesses you are considering using, and ask:

Always Work With an AABB Accredited Laboratory
Paternity laboratories performing a paternity testing service are accredited by the American Association of Blood Banks (AABB). In the United States there are no government agencies that oversee paternity laboratories (except in the State of New York), and in many jurisdictions a person or company does not even need a local business license to hold themselves out to the public as a paternity laboratory. Unless the laboratory is accredited by the AABB, you have no assurance that testing is being performed correctly. Verifying AABB accreditation will ensure that you are using a legitimate laboratory, and not just a web site designed to take your money.

Some companies, on their web site or on the telephone, claim to be AABB accredited when they are not. You can obtain a list of AABB accredited DNA paternity laboratories by calling the AABB at (301) 907-6977, or by simply visiting the AABB web site.

If the laboratory is not accredited by the AABB then you have no assurance that their testing is valid, or that they have any idea what they are doing.

Choosing Between AABB Accredited Laboratories
Even accreditation by the AABB is no guarantee that you are going to receive a correct answer to the question of paternity. As discussed in more detail in the section entitled Avoid Erroneous Results, the minimum required level of testing is not always enough to obtain the right answer. Laboratories are aware of this, but some continue to perform only the minimum required levels for various aspects of testing. This results in a number of incorrect paternity tests being issued by DNA testing laboratories every year.

When you are shopping around to obtain a paternity test, amazingly, it seems like every accredited laboratory claims to be the best in the business! Some laboratories make specific claims that are clearly untrue, but it is impossible for the general consumer to know that.

Some AABB accredited laboratories, as well as resellers, claim they are the “best in the world”, “doctor recommended”, that they test more relevant cases or their testing provides “100% accurate results.” These are claims that cannot be proven and in most cases are simply false. Paternity testing is based on probabilities. PTC Laboratories tests over 40,000 individuals each year, and as far as we know we have never issued an incorrect test result. But even with all of the extra precautions and testing that PTC Laboratories puts in place, we can not say that it would be impossible for us to obtain an incorrect test result. It is simply impossible to guarantee 100% accuracy for inclusionary cases. Often, the laboratories making this claim provide less reliable testing than some other accredited laboratories in the industry, but no one can stop them from using these marketing techniques. Looking at web sites you see all kinds of ridiculous claims.

How to choose?
So how does a consumer protect himself or herself from the dishonest businesses, and choose the best accredited laboratories to use? Fortunately you can ask an accredited laboratory just two questions, and find out most of what you need to know.

But make sure of two things. Make sure it is a guarantee, that your test will obtain a minimum of 99.99%. Do not settle for statements about what they “usually” obtain, or what they obtain “on average” or “almost always,” or what their battery of tests is rated at (which is also an average). You want to know that your individual test is going to be strong, so you need to know what is the minimum strength the laboratory guarantees you. Ask to see the guarantee in writing, including the promise to give you your money back if they fail.

It’s all in the numbers
If a laboratory initially tests 16 DNA locations, they will encounter a DNA mutation in approximately one in every 35 positive DNA tests. You want a strong result for your own test, even if it is one of the tests that contains a DNA mutation.

Some laboratories will claim a 99.99% guarantee, but unless you ask them, or you read the fine print buried deep in their web site, you don’t realize that the guarantee does not apply if you do not include the child’s mother, or if the laboratory encounters a DNA mutation in testing.

To give yourself a very reliable paternity test, insist on using a laboratory that guarantees a 99.99% probability of paternity, even without the mother being tested, and even when the test finds a DNA mutation. Some laboratories may ask you to pay an additional charge for the laboratory to obtain a reliable result when additional testing is required. The guarantee should be included in the initial charge for testing. If additional testing is required it should be at no cost to you.

As discussed in the section titled Avoid Erroneous Results, there are other laboratory procedures that also matter, but it becomes too difficult for most people to look into all of that when shopping for a paternity test. You should be able to protect yourself from dishonest businesses, and locate a reasonably reliable paternity laboratory, by asking just the few simple questions at the beginning of this section. You can accomplish this in a very short toll-free telephone call to each business that you are considering using. then verify AABB accreditation.